Nolimit City is a fairly new game developer from Sweden, established in 2014. The company is located in Stockholm, but…

Most popular slots by Nolimit City

All slots by Nolimit City

Nolimit City is a fairly new game developer from Sweden, established in 2014. The company is located in Stockholm, but the games are mostly produced in Malta and the company holds a licence from the MGA Lottery Authority. Their first game was launched in 2015, and since then they’ve developed seven more games, with more releases due in the near future. Their games are still to be made available to UK players, and this is planned to take place as from the 2nd quarter of 2018. In the meantime, we’ve had a look at what this game developer has to offer at the moment, so keep reading if you’d like to learn at which casinos you can now play slots by this developer.

The team at Nolimit City claims that their biggest advantage is the comprehensive, portable platform for mobile, tablet and desktop devices. This platform is completely independent and fully controlled by Nolimit City, which offers the possibility of delivering special features and customizable, tailor-made marketing campaign tools.

The fact that Nolimit City has its own gaming platform also means that online casinos will have no trouble coupling their games with a wide variety of free spins, cash back offers and exclusive bonuses, which in the end makes their portfolio of games more fun and rewarding for the players!

At the moment of writing this review, Nolimit City offers a total of 8 slots and one lottery game, although we’re sure that there are more games in the pipeline! Below are the game titles released so far:

Although their game offering is not very extensive, what we like about Nolimit City slots is their fresh look, indicative of this developer’s efforts to create innovative products that are fitting for this time and age. If we take Kitchen Drama: Sushi Mania as an example, this slot features the cutest animated sushi hopping on top of a chopping board as its ‘protagonists’! Now who else could have thought of a theme such as that?! Of course, all of Nolimit City’s games are also available on mobile, without any need for downloads. 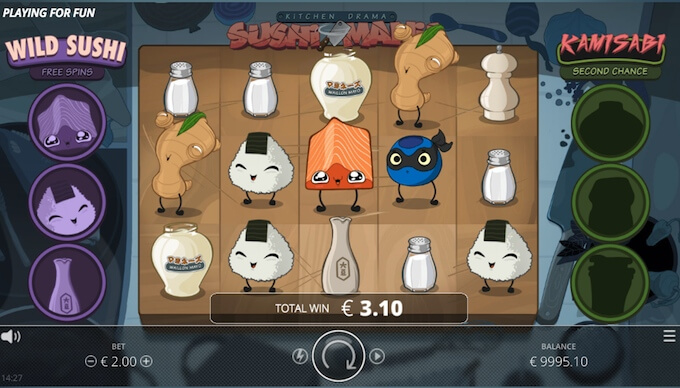 In addition to the exciting and profitable special bonus and free spins features that you can find integrated within Nolimit City games we also can suggest you to check out some major UK casino online operators that will not only let you try out Nolimit City games but also give you a generous welcome bonus and an extra spins package following your first deposit. Click on the casino links in this review and enjoy their exclusive offers.

Nolimit City has already signed exclusive deals with many reliable UK online casinos – browse for their games at one of the casinos listed below and enjoy!

When it comes to design and innovation, we think that this small game developer has already made huge progress, and we deem it to be on par with bigger manufacturers such as Thunderkick and Elk Studios. For this reason, Nolimit City games can be a good choice if you’re looking for original slots with a fresh look and some cool integrated features. However, at the moment we’re still waiting for this developer’s games to become available for UK players, and the license is likely to be obtained as from the 2nd quarter of 2018. Look out for their games at one of the above-recommended casinos, and like us, you might end up falling in love with Nolimit City’s inspiring games!