Icy Gems is an online slot from Just For The Win. Read our review below to learn about this game's Super Spin feature and more. 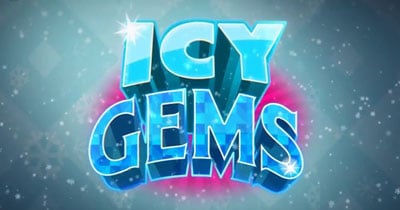 Just For the Win has been pretty busy lately; following the release of Reel Talent slot last week, the developer has announced a new title that sounds very appropriate for those cold wintry days ahead – Icy Gems slot is a sleek and classic-looking game that includes the Symbol Storage and Superspin features which were first introduced in Reel Talent slot, without the fancy stuff. Have a look at our review of Icy Gems slot below to find out whether it suits your style of gaming and to learn which online casinos will be offering it as from the 28th of November 2018.

Icy Gems is a 5-reel slot with 3 rows and 20 paylines featuring low-value J, Q, K and Ace letters and higher-value gem symbols that are slightly reminiscent of NetEnt’s popular Starburst slot. There’s also a wild symbol which substitutes for any other symbol and also pays out the highest reward, giving you 1000 coins for a 5-symbol combination.

Each time you form a winning combination while playing Icy Gems slot, the winning symbol will be stored in the Symbol Storage to the left-hand side of the reels and a respin is awarded. If you manage to store three different symbols (i.e. getting 3 consecutive wins), players will be awarded the so-called ‘Superspins’. 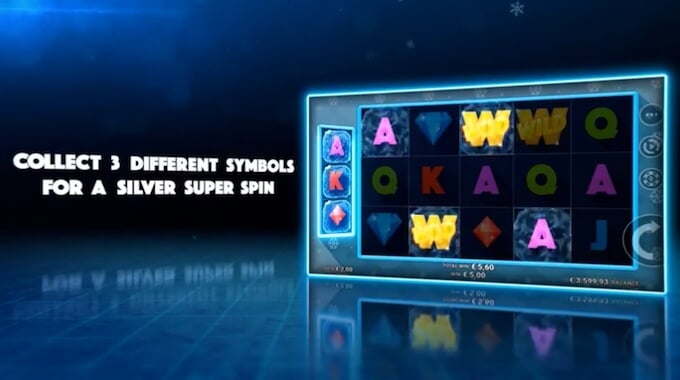 Icy Gems does not include a free spins feature, but instead, its highlight feature is one unique to JFTW slots, which was first introduced in Reel Talent slot: the Superspin! If you collect 3 different symbols in the Symbol Storage, you’ll trigger the Silver Super Spin, which is an extra spin which will contain only the 3 triggering symbols. In a similar manner, if you collect 2 different symbols, you’ll access the gold level, which will consist of those two triggering symbols only. Finally, if you’re lucky enough to collect the same symbol, you’ll get a superspin in which only that symbol will be present on the reels, which means that you’ll be in for a guaranteed epic win!

If you’re set on playing Icy Gems slot with a bonus, you could always sign up with an online casino that offers games by JFTW and claim its welcome bonus. You’ll then be able to use your bonus funds to play any game in the casino’s collection. We also suggest keeping an eye out for special offers which some casinos may run on this slot as a way of introducing it to players.

Where to play Icy Gems slot

You may play Icy Gems slot for free or for real money by staking from 20p to £20 per spin. The total RTP is 96.03% and volatility is in the high end of the scale, with a total hit frequency of 24.06% and the probability of getting 1 superspin for every 27.4 rounds, according to the figures published by the developer. Wins are classified as ‘small’, Big Wins, Mega Wins, Just for the Win (equivalent to 60+ times the bet), and Epic Wins of 90+ times the bet. The maximum win you can expect if you’re lucky enough to fill up the reels with the highest-paying symbol is a massive 1210.5x the stake! 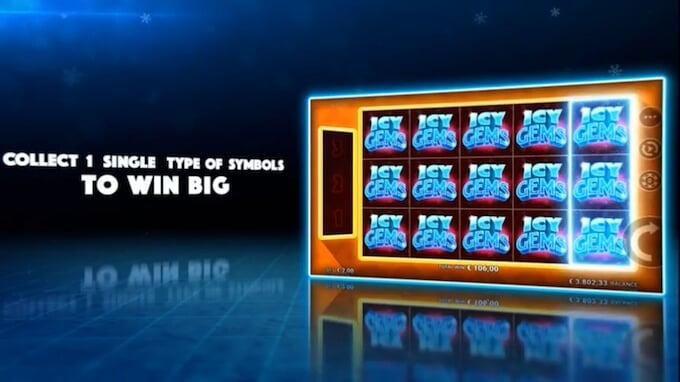 Icy Gems is one of those slots designed to appeal to those players who dislike too much fancy stuff and prefer to go for a game that looks simple yet whose high-quality graphics still stand out. There’s something clean and clear-cut about the symbols, and the fact that they’re set against a plain dark background makes the visuals easy on the eye. Even the soundtrack has something soothing about it, whereas the sound effects as you form winning combinations serve to create that needed dose of excitement without overdoing it with too much drama. If you like NetEnt’s Starburst and Quickspin’s Northern Sky, we’re sure that Icy Gems slot will also appeal to you.

Featuring the same mechanics and features as Reel Talent slot, Icy Gems is ideal for those players who’d rather miss out on the talent show drama and aim just for the win! We like the different Superspins levels and the potential to win a big amount from this game, even though one has to keep in mind that managing to land on three consecutive wins with the same high-paying symbol will be a rare occurence. Yet if it’s high volatility, a good win potential and professional graphics you’re after, you should definitely go for it! Browse for Icy Gems slot in the game collections of the casinos we recommend on this page after the 28 of November to enjoy this new JFTW creation, and good luck! 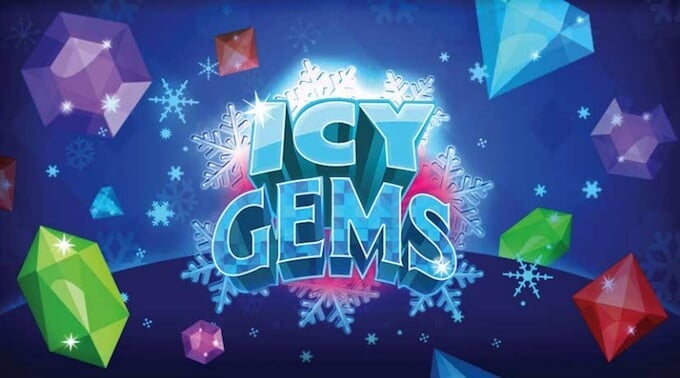