It seems that game developer Quickspin has been pretty busy lately; after the release of its Pied Piper slot this… 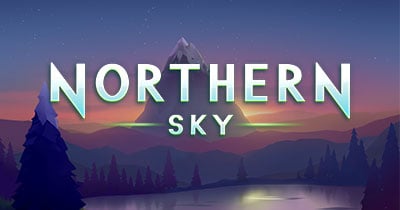 It seems that game developer Quickspin has been pretty busy lately; after the release of its Pied Piper slot this January, which is already gaining popularity at many online casinos, in Feburary Quickspin is expected to release another brand new slot: Northern Sky. This slot might appeal to a different audience, but visually this certainly doesn’t make it any less stunning than its predecessor! Read our full review of Northern Sky slot below to learn all about this game’s interesting features so you’ll know what surprises Quickspin has in store for you this February 2018!

Northern Sky is a 5 reel slot with 9 paylines set against a snowy mountain backdrop at dusk. Symbols on its reels include lower-paying diamond-shaped crystals that come in 3 different colours, as well as higher-paying bears, deer, owls and foxes which also seem to be made out of crystals. 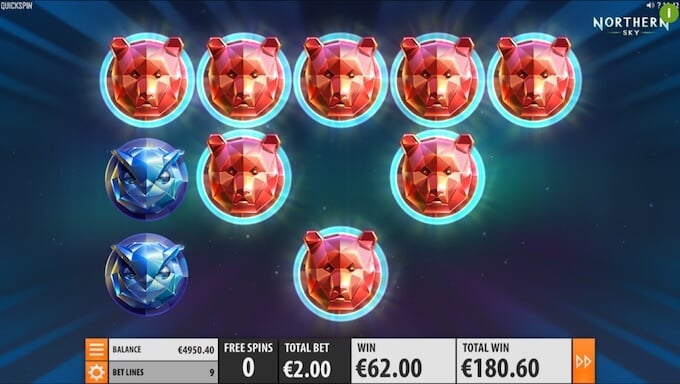 If you manage to collect three bonus scatter symbols on the bonus meter during one base game round, you’ll trigger Northern Sky’s free spins feature, which rewards you with a total of 10 free spins. During this round, only the higher-paying animal symbols will feature on the reels, which will lead to bigger wins. Re-spins will also be triggered during this round, which actually makes it last longer than you’d expect, and it’s during this round that you may secure the slot’s maximum win of 3,111x your stake! 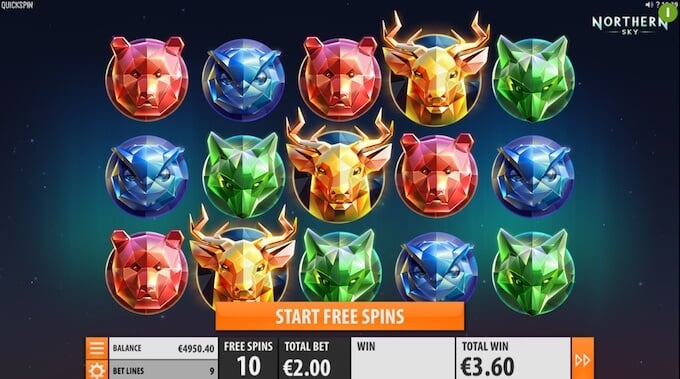 At the moment Northern Sky slot is available exclusively at LeoVegas casino. If you’re new to this casino, we recommend creating an account today so you could benefit for its welcome bonus for UK players. Take advantage of some extra bonus money to play slots like Northern Sky for more chances of winning real money without risking any of your own cash!

Where to play Northern Sky slot

As from this February 2018, players can start spinning on Northern Sky slot by staking from 10p up to £100 per spin. The slot has a decent RTP of 96.57% and is of high volatility; you can expect to spin those reels a good number of times before triggering the slot’s rewarding free spins feature. When you do however, payouts can be pretty awesome, and the maximum for one single spin may amount to a whopping 3,111x the stake!

In Northern Sky, you get to spin the reels against a magical Arctic background. A snow-capped mountain is prominent in the center, and the dim evening light and the stars twinkling above the forest give this slot a highly relaxing feel. The soundtrack makes for an even more soothing experience, perfect for winding down after a busy day (though to be honest this is quite in contradiction with the element of risk and surprise inherent in the game!) That said, we cannot help loving both the design and the music for immersing us within such a relaxing environment.

Quickspin’s upcoming release is definitely worth trying out, especially if you love high-volatility slots that can lead to huge payouts! We loved the game’s re-spin feature and its potential for earning us even larger wins each time we landed on a winning combination. Once we did manage to trigger the hard-earned free spins, we also got ourselves a massive win, so there isn’t much to complain about! Try Northern Sky for yourself this February exclusively with LeoVegas casino for a chance of claiming your own real-money rewards. And if you’d like to discover more new slots that will be making a hit this 2018, check out our list of new online slots in 2018 here! 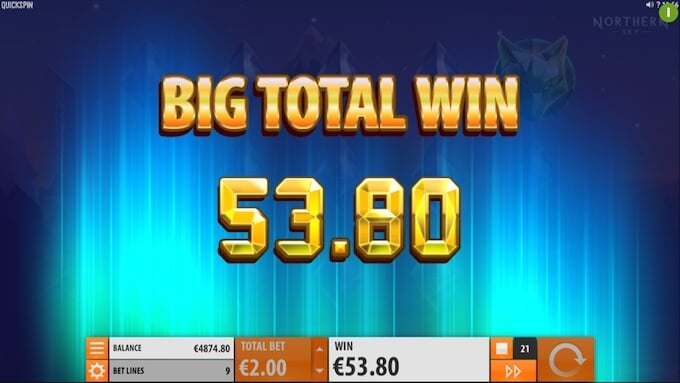