As the latest in the Gonzo series of slot games, Gonzo’s Quest Megaways aims to be the biggest and most exciting yet. Boasting impressive 2D and 3D animation, this latest Mayan adventure comes with more paylines than Gonzo could count, rounded out by a variety of bonus features. 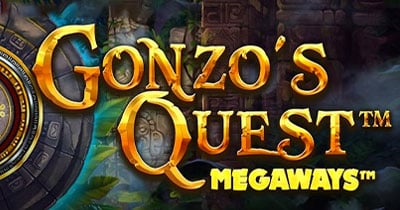 The title of this slot game is self-explanatory for most players: Red Tiger has set out to create a megaways version of Gonzo’s Quest, featuring 6 reels and up to 117,649 ways to win.

In this Gonzo’s Quest Megaways review, we’ll see what kind of other features this slot game involves, and let you know where to play it if you’re located within the UK.

How I tested Gonzo’s Quest Megaways

Testing Gonzo’s Quest Megaways was a standard procedure, completely free of problems over both mobile and desktop devices. This meant undergoing the following steps as I put the game through its paces:

Gonzo’s Quest Megaways had a lot to live up to with the popularity that the series has long enjoyed. Fortunately for us, this popularity means some of the biggest casinos with the biggest bonuses like Mr Green and Unibet have gotten in on the action.

I recommend Mr Green Casino in particular, as if you’re new to this casino, you’ll get a 100% match bonus with a low wagering requirement of just 15x!

Gonzo’s Quest goes outside the norm with this game, eschewing regular cards in favour of more theme-appropriate Aztec symbols. Alongside these are scatters and wilds, both of which take similar non-traditional appearances.

The different symbols included within this title are inspired by the Mayan theme. The low-paying ones include various animal symbols, while the high-paying symbols consist of different masks.

The autoplay feature offers five different options with 10, 20, 30, 50, and 100 spins available. Stopping options can be set for certain win quantities, loss limits, or when a bonus feature is triggered. A Quickspin feature also allows these spins to complete faster.

Gonzo’s Quest Megaways’ RTP reaches 96%, which is slightly below average.

This is a medium volatility slot, which means players can expect regular wins with average levels of payouts. Of course, higher wins are still possible with a lucky spin.

The hit frequency here is fairly regular, as indicated by the slot’s volatility.

Gonzo’s Quest Megaways has a huge win potential and pretty good hit frequency, but symbols may be confusing.

This title is one that lives on variety, and that’s a great thing when you get used to it. Until that point, however, I often found myself scratching my head while I wondered about which symbols were going to make bank. Really, I have to give Gonzo’s credit for sticking so well to the theme, but it’s a little annoying at first, nonetheless.

Gonzo’s Quest Megaways places a lot of emphasis on its special features, with multiple avenues giving possibilities for many ways to win.

Wilds and other base game features

The wild symbol is represented by a golden shield with an inlaid question-mark. These substitute for any other symbol and are unbreakable when they contribute to a win.

The avalanche multiplier feature comes into play whenever a win is formed. Winning symbols will disappear and get replaced by new ones, which drop from the top. This gives you the chance of landing consecutive wins, and will end once you get no more winning combinations.

What’s more, with each avalanche, the multiplier increases as follows:

At random during the base game, you can get an ‘earthquake’, and see the reels start to shake. This quake will destroy all low-value symbols on the reels, so that the following respins will feature only high-value symbols, for a higher win potential.

The gold coin acts as the Free Fall scatter in Gonzo’s Quest Megaways. Get 3 or more of these (or, 2 of these scatters plus a wild), and you’ll trigger the Free Fall feature. For every symbol that triggers the feature, you’ll get 3 free spins, which means that you will get 9 free spins for 3 Free Fall Scatters.

The Royal Wheel will then pop up, allowing you to choose to play your set of spins or gamble for more spins. If you decide to gamble, you could end up playing with up to 25 free spins.

Of course, the Avalanche Multiplier feature is also active during this round, with the added perk of having multiplier values that will be 3 times bigger! This means you can get a multiplier of up to 15x during your 4th avalanche.

Both in terms of visual design and bonus features, Gonzo’s Quest Megaways goes further than most. In fact, the only real issue I found with the design is the relatively low frame rate of Gonzo himself, but this is probably a conscious choice for the sake of better performance.

Solutions if you have issues with a game

Gonzo’s Quest Megaways is a great game, and a worthy inclusion into the expanding world of Gonzo’s Quest. A huge range of special features set this title apart, though these can be a little confusing until a player memorizes the different symbols. Along the way, players can expect some charismatic 3D and 2D animations, more coins than Gonzo could possibly carry, and a design that has gone above and beyond the ordinary!

Other slots to play if you like Gonzo’s Quest Megaways

The obvious connection here is that if you like this game, then chances are you’d like others in the same series. Otherwise, it might be worth pursuing games built around the Mayan theme if you like what this slot is trying to accomplish. Games along these lines include: