If you played the original SlotFather slot from Betsoft, you’d be delighted to hear that the Mafia bosses are back… 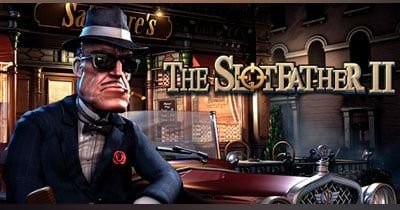 If you played the original SlotFather slot from Betsoft, you’d be delighted to hear that the Mafia bosses are back with a vengeance in the new installation SlotFather II slot. The gang is up for no good as usual, but they will help you to possibly win some nice amounts of money in this 234 win ways slot with lots of exciting bonus features and free spins.

Slotfather 2 slot is set on 5 reels, 3 rows with 243 ways to win. On the reels, we see the four members of the scary Italian mob including Fat Tony, Frankie the Fixer, Sammy Quick Fingers and of course the Slotfather himself in all his Mafioso glory. These are the high-paying symbols in the game, while the lower paying ones are represented by Champagne in the bucket, burning cigar, poker cards, butcher’s knife and the painting of Pisa Tower. The wild symbol is the treasure chest. 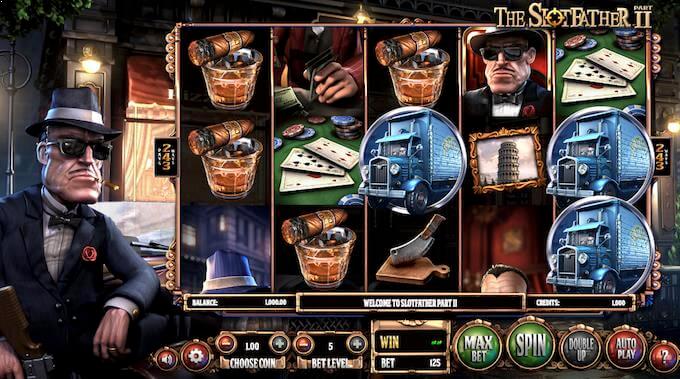 If you’re lucky enough to land three of the same mafia characters, the Gangster feature will be activated with different gangsters collecting money in their own personal styles. Sammy has a balanced approach, not too shy and not too risky. Frankie doesn’t always collect, but when he does, it’s a lot; while Fat Tony always gets something, even if it’s a little bit.

In the base game, you can also benefit from the Gamble round and try to double you whole win or half of it by guessing heads or tails.

The gangster truck is the scatter symbol in Slotfather II game and it’s responsible for activating the free spins bonus round.

At the end of the free spins round, you will also be able to enjoy the extra Big Boss bonus that provides some extra cash for you. 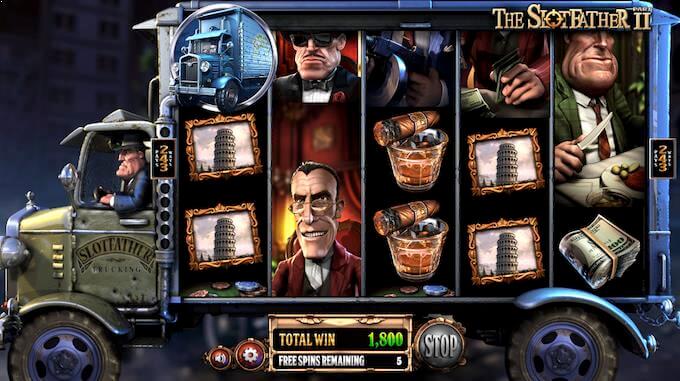 You can try out the dangerous and exciting Slotfather 2 slot at some of the most reliable and generous online UK casinos mentioned in this review and get a hefty casino welcome bonus of more than a £1,000 and hundreds of free spins. Click on the links above and below and enjoy your freebies.

Where to play Slotfather II online

You can play the medium volatility Slotfather 2 game starting from a minimum bet of 25p and up to the maximum bet of £125. The average return to player percentage is set to 96%.

When you play the Slotfather 2 game, you can not only enjoy all the fun mafia related symbols and features but also have a chance to get the maximum 1,500 coins win. 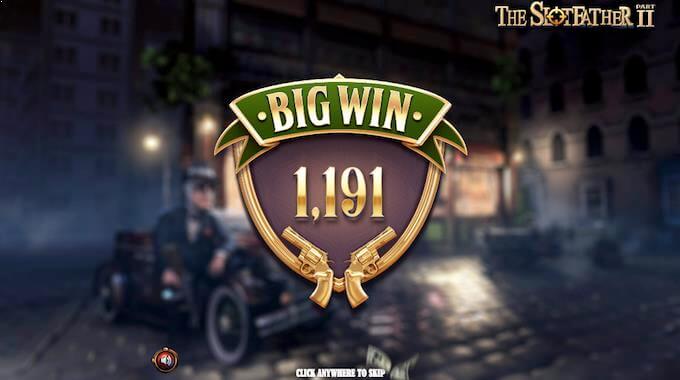 Let’s dive into the Chicago and New York gangsters world of the 30s. We quite liked the chilled jazzy soundtrack and all the mafia related items around the reels and the dangerous people who are always ready to make you an offer you wouldn’t refuse.

With the impressive number of bonus features and impeccable graphics, the new Betsoft game Slotfather 2 is surely worth trying even if you’re not that much into the whole Italian Mafia esthetic. Give it a spin at on of our favourite casinos mentioned in this article.