Gordan Ramsay has now made it to the reels, thanks to NetEnt's brand new official slot! Find out whether this slot lives up to the name of this hit television series in our Gordan Ramsay Hell's Kitchen Review. 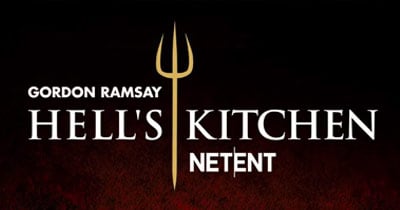 The game comes with 20 paylines and a nice cocktail of bonus features, which I’ll be looking into in my detailed review below. Will it match up to your expectations? Let’s find out!

How I tested the Gordon Ramsay Hell’s Kitchen slot

I took time to review all aspects of NetEnt’s latest officially licensed video slot, covering all of its bonus features, payouts, visuals and much more.

If you are looking for an online casino to play the Gordon Ramsay Hell’s Kitchen slot, we’ve recommended the following operators based on their generous bonuses:

Mr Green Casino: bag up to £100 in bonus money, which you can use on any NetEnt Slot (New UK customers only. Opt in required. 1x per customer. Min. £20 deposit. 1st deposit only. Selected games only. Max. Bonus £100 with 35x wagering)

There are plenty of NetEnt casinos offering great bonuses

VBET is one of the few casinos we found that’s offering free spins specifically on Gordon Ramsay Hell’s Kitchen slot right now. However, you can claim several other deposit match bonuses and use them on this game. Simply check the terms of each bonus to make sure that the slot you intend to play it on is not excluded.

There are eight base game symbols active on the reels of every spin in Gordon Ramsay Hell’s Kitchen. The lowest-value symbols are the playing card royals from Jack through to Ace. The latter is worth payouts of 1.5x your initial wager for five on a payline.

The branded Hell’s Kitchen icon is the game’s wild symbol, and can replace any base game symbol to form winning combos. The Gordon Ramsay symbol is the scatter and your golden ticket to unlocking the Team Challenge Free Spins bonus.

This slot also contains an Autoplay feature, allowing you to play a predetermined number of spins from a single click.

The return to player (RTP) percentage of Gordon Ramsay Hell’s Kitchen slot is set at 96.07%, which is a shade above the industry average of approximately 96%.

This slot also comes with a hit frequency of approximately 1 win in every 3.5 spins, which isn’t long to wait on average.

The maximum payout in Gordon Ramsay Hell’s Kitchen is 1,000x your initial wager. High-rollers looking to spend the maximum £400 credits per spin could therefore win up to £400,000.

Although Gordon Ramsay Hell’s Kitchen slot has a low max win, its low volatility ensures steady payouts throughout.
You might be disappointed if you enjoy chasing life-changing payouts, but the slot offers a more than respectable hit frequency and volatility.

The fun in Gordon Ramsay Hell’s Kitchen really starts when the features hit. The game comes with one base game feature and an interesting free spins round that could lead you to a bonus game.

Wilds, re-spins and other features

The Gordon Ramsay Hell’s Kitchen logo from the TV series is used as the game’s wild symbol. It can substitute any base game symbol to create more wins. The Team Challenge Free Spins mode is an enjoyable way to activate re-spins too.

The Ramsay’s Wilds mode can activate entirely at random during any spin. At this point, you’ll see knives, pots and pans being thrown at the reels, which turn between 5 to 7 base game symbols into wilds.

Land three or four Gordon Ramsay scatter symbols to enter the Team Challenge Free Spins bonus. Start with ten or 15 re-spins and decide whether the red or blue team wins.

You will then get two 5×3 reel sets spinning for the duration of the free spins, with the total wins for each set being displayed at the bottom.

On each spin, you’ll get 1 to 3 colour-coded Order Up features. This means that they will apply either to the red or the blue set of reels.

If you get a 2x and 3x multiplier at the same time, the multiplier values are added together to award a 5x multiplier.

If the team you picked gets the highest win, you’ll get access to the bonus game.

Enter the pick-me-style bonus screen in Gordon’s Bonus Games to select from 15 menus, 12 of which will pay out instant multipliers or coin wins!

With the Ramsay’s Wilds Feature, a competitive free spins feature capable of dishing out between 10-15 spins and a pick-me-style bonus screen, NetEnt have done well to weave in several different bonus features.

Gordon Ramsay Hell’s Kitchen makes you feel like part of the TV show.

With immersive visuals inspired by Ramsay’s Las Vegas Hell’s Kitchen in Caesars Palace and audio containing Ramsay’s iconic frustrations and demands, it all helps to mirror the frantic and frenetic world of the reality show!

If you ever experience a spin on Gordon Ramsay Hell’s Kitchen where the gameplay is interrupted, it’s always important to pause your gaming session and contact your casino’s customer support department immediately. They will be able to log the issues with your spin may be able to allow you to replay the spin or get all affected stakes refunded.

I would give Gordon Ramsay Hell’s Kitchen slot a 7/10. As officially branded slots go, this one captures the theatre and drama of the reality TV series brilliantly, whilst embedding clever use of audio and visuals from the show mid-game. The bonus features are also inspired by the show, with the red and blue teams going head-to-head to determine your free spin winnings.

That said, I was a tad disappointed by the winnings I got from the free spins, which amounted to just 10x by bet, and by the length of time it took me to trigger the round. Was it just my luck? Maybe, and I would still say that any slot player should try his luck on Hell’s Kitchen some point, as it’s one hell of an unusual slot experience!

Be sure to check out some of NetEnt’s other official branded slots that create fully immersive slot gaming experiences on any device, including: