This December, the game developer Elk Studios is about to impress us with Valkyrie slot, another game inspired by Norse… 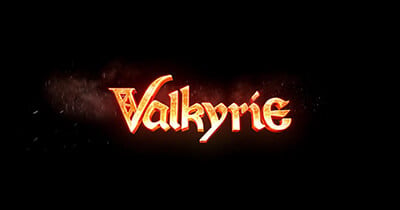 This December, the game developer Elk Studios is about to impress us with Valkyrie slot, another game inspired by Norse mythology which comes with some cool features and of course, those superb graphics that characterise all games produced by this developer. Read our full review of Valkyrie slot to find out what kind of adventure awaits before you step into the battlefield together with the Norse warriors!

Valkyrie is a 5 reel slot with 1,024 ways to win designed for mobile first, and set in the battlefield of Midgard. To give you a better idea of what this slot is all about, in Norse mythology Valkyries are female spirits who choose those who die and those who live on the battlefield. The Valkyries bring their chosen warriors to the afterlife hall of the slain, Valhalla, which is ruled over by the god Odin. 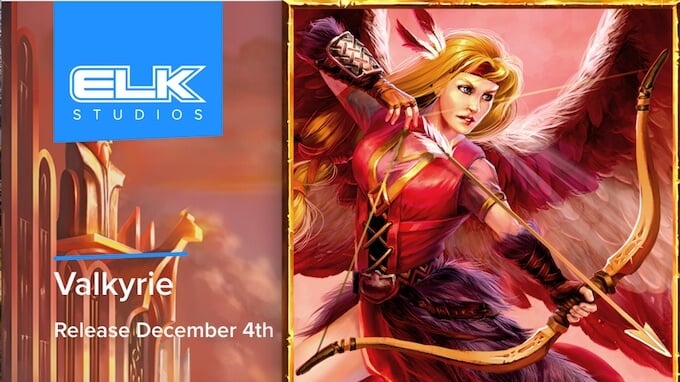 Symbols in Valkyrie slot include J, Q, K and A cards and the characters of Gane, Helena, Andora and Tyrsa. The Hammer of Thor, a serpent, a wolf and gauntlets can also land on the reels. The wild symbol comes in the guise of the god Odin, and replaces all symbols except for the scatter.

The main character in Valkryie is Freya, the goddess of love, beauty, fertility, war and wealth, who pays out 4x the stake for 5 in a kind and also comes to life during the bonus features to may reward you with some of the game’s best payouts!

This game is all about its so-called Valhalla Free Spins feature, which you can trigger by landing on 3, 4 or 5 scatters during the base game. You will then get 5, 7 or 10 free spins with 1, 2 or 3 Bonus Spins. These Bonus Spins are triggered randomly, and when this happens, the reels will light up and the player will get between 3 and 5 Bonus symbols which will trigger one of Freya’s features:

The Arrow of Fortune feature – Freya will shoot up to 3 arrows, and when these land they’ll reveal epic symbols of the following sizes: 2×2, 23 or 3×3, to increase the win potential.

The Sword of Destiny feature – Freya wields her swords, and these fly onto the 3 middle reels. A sword that lands on a reel will turn an entire reel into a wild reel, so that players may get up to 3 wild reels.

The Shield of Chance feature – this time, Freya will use her shield, and you’ll see multiple shields sticking onto the reels, which become wild for a chance to form more rewarding winning combinations.

Valkyrie is a highly volatile slot, and we wouldn’t blame you if you’d like to play it with a bonus first before you decide whether it’s worth risking any of your money on it. You can do so by joining a new casino that offers games by Elk Studios and claiming its deposit bonus. Check out the online casinos recommended below, which all offer UK players a 100% or 200% bonus on first deposit.

Where to play Valkyrie slot 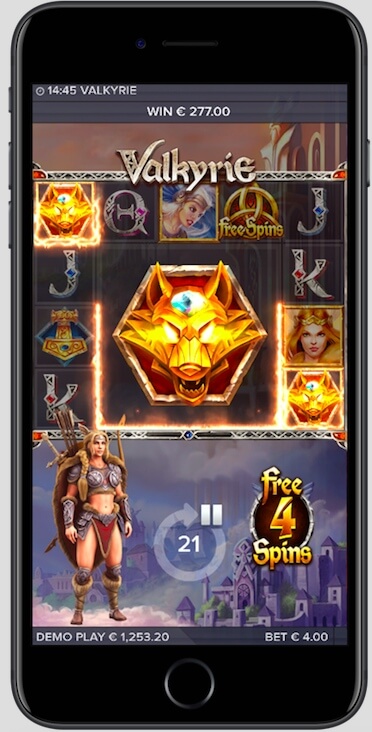 Just like any other slot by Elk Studios, you’ll be struck by Valkyrie’s stunning graphics. All the symbols are designed in great detail, and the designers have done a particularly good job with female warriors– you can see the determination and bravery in their eyes! You’ll enjoy the visual and sound effects that accompany the gameplay, and we must say that it will be hard to find fault with both graphics and sound in Valkyrie.

Valkyrie certainly makes a great impression at first glance, as its graphics render the Norse theme beautifully. We haven’t been able to play it yet, so we cannot say anything about the hit rate, but we would have liked it to include a few base game features. As it is, the game is all about its free spins feature, and being of high volatility, we don’t have high hopes of triggering this too often. The base game payouts are also on the low side, which seems to be another downside to the game – we just hope that the bonus spins will be worth the wait! While you wait for its release, why not try a couple of other games by Elk Studios? We highly recommend Kaiju slot and the latest Vegas Diamonds, which should give you a good idea of this developer’s originality!