Are you thirsty for adventure? Join the crew and take your share of the valuable bounty in this Megaways video slot. Read our Pirates’ Plenty Megaways Review to find out whether this game is a fit for you! 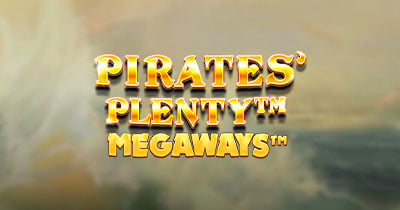 Pirates’ Plenty is the megaways sequel to Red Tiger’s original Pirates’ Plenty slot, which had made quite an impression back in 2019. Its maximum win potential is about 5 times higher than the original, but this is matched with an equally high volatility level. Read on to find out more about the features and gameplay.

How We Test New Slots

Below are the steps we take to evaluate the different aspects of the game.

We look at the bonuses that the game offers first and establish how players can activate them. This slot has numerous bonus features that keep the game interesting.

Next, we look at the RTP (return to player) and variance, which are an essential factor to consider as it determines how much players could expect to win.

To evaluate the gameplay, we consider graphics, theme, soundtrack and how smooth the game plays.

This slot is available on desktop, tablets, and smart TVs and has mobile apps for Android and iOS devices.

We check out what is the maximum win or jackpot available for a slot. In Pirates’ Plenty Megaways, you can win a whopping 10,497.6 x your wager.

Wondering where to play Pirates’ Plenty Megaways online? Don’t worry, we have you covered. Below are three of the top casinos that offer this slot game and some great bonus to enjoy.

Skol is a new casino that not only offers a huge selection of slots, but also matches them with enormous bonuses. As a new player, you can get up to £1300 in bonuses and 250 spins on your first 3 deposits at Skol!

The fun-packed PlayOjo Casino is famous for its wager-free spins and loyalty rewards. Here, you might be able to play Pirates’ Plenty Megaways when you take part in the exciting Reel Spinoff Tournament, for a chance to win extra spins or other prizes!

Your adventure starts by joining PlayOjo Casino for 80 no wagering spins on Book of Dead here.

Unibet offers a selection of more than 1,000 different slots to keep you entertained, including Pirates’ Plenty Megaways. If you deposit a mere £10, they will give you a bonus of £40 so that you can enjoy your favourite games for longer.

You can join Unibet by clicking here.

Naturally, the symbols in this game were designed to evoke the jolly seafaring atmosphere that serves as inspiration for the game. Let’s take a look at each one of them and at the payouts on offer.

This slot features the four classic card symbols as the low-value symbols: hearts, spades, diamonds and clubs. Then there are the high-value symbols: a bottle of grog, muskets, a canon, a tricorn hat and the most valuable skull and crossbones.

The below paytable displays the payouts available.As you can see, to win anything above 1x your stake, you need to land at least 5 symbols (with the exception of the skull symbol, which pays out 1.2x the stake for a 4 symbol combination).

The minimum wager in Pirates’ Plenty Megaways is £0.10, and the maximum is £10. With the high volatility and RTP of this slot, it’s best to wager higher to get the chance of a big win.

The game also comes with an autoplay option allowing you to set a number of spins and a loss limit that can automatically stop the feature.

The Pirates’ Plenty Megaways RTP is 96.0%, which is slightly below the industry average.

The game also has been classified as one with high volatility. This means that wins are more scarce but can be much bigger when they do come.

This slot has the possibility of a maximum win of 200,704x your wager. This can be achieved thanks to the Lady Anne multipliers or the increasing multipliers during the free spins round, as we’ll explain below.

Be prepared for the very high volatility!

Pirates Plenty’ Megaways is fun to play, but you might have to wait a while before you trigger the best wins. We found the free spins feature particularly hard to trigger, although we were quite satisfied with the hit frequency of the base game features.

Pirates’ Plenty Megaways pays out for like symbols that land on adjacent reels from left to right. The game also features cascading wins, whereby the winning symbols are replaced with new symbols for the possibility of landing more wins.

Wilds and Other Base Game Features

There are a couple of cool features to keep you entertained during the base game, which we’ll look into below.

A wild monkey may appear randomly on each spin, and when it does, it removes all the lower value symbols on the board. Another spin is then triggered featuring only high value symbols and the monkey, which then functions as a sticky wild for a chance of forming more wins.

If you land on 3 map symbols during a spin, you cause the pirate ship above the reel set to move across the map. If you trigger enough map symbols and the ship reaches the other side of the map, an extra reel will appear, which increases your chance of winning a maximum of 200,704 of your wager. This feature doesn’t reset, giving you time to collect enough maps to keep moving the ship forward on its journey.

The Lady Anne wild may appear in the top position of the middle 4 reels when the ship that had set sail thanks to the wild ways feature reaches the end of its journey. She will expand into a wild reel and carry a multiplier of between 3x and 8x. If a winning match isn’t made when she appears, she will lock in place until a win is formed.

The free spins round in this game is something to look forward to. To trigger it, you need to land 3 scatter (Free Spin) symbols. This gets you started with 9 free spins, and you can get a maximum of 18 spins if you land more scatters.

During the free spins round, you will get an increasing win multiplier each time you land on a winning combination. This doesn’t reset on a winning spin, but continues to increase throughout the feature!

The only thing to keep in mind is that the Wild Ways and the resulting Lady Anne feature may tempt you to play more spins than you’d originally planned to. This is because players would want to collect enough maps to trigger the Lady Anne Wild – but this wouldn’t necessarily make up for all your previous losing spins!

This game has beautiful bright graphics and a consistent pirate theme that is further enhanced by music reminiscent of pirate movies such as ‘Pirates of the Caribbean’. The gameplay is also smooth despite the many moving parts that come with a Megaways slot.

Solutions if you Have Some Issues With a Game

If Pirates’ Plenty Megaways fails to load, try it out by using an alternte browser or contact your chosen casino. It may also be simpler to seek it out at a new casino, because it’s ofen the case that the problem is from the casino’s end.

If a game is running slowly, check your internet connection first. It’s always worth knowing that if your gameplay is interrupted for any reason, the casino will credit you your winnings up to that point.

However, it’s not for those looking for regular wins, and the features are rather sparse. At least, the soundtrack and graphics serve to alleviate the boredom in-between wins.

Other Slots to Play if you like Pirates’ Plenty Megaways

For more ideas, we suggest you have a look at our megaways slots guide.

What Kind of Slot Is Pirates’ Plenty Megaways?

This is a Megaways video slot.

How to Win at Pirates Plenty Megaways?

The best way to win at this slot is to aim for the bonus features. Collect map pieces to unlock the wild ways feature, which increases the possibility of winning the maximum of 10,497.6 x your wager.

What Is the Pirates Plenty Megaways RTP?