If you think you've seen it all in Jammin' Jars, you are sorely mistaken. Take Jammin' Jars 2 for a spin and experience double the excitement and wins in this amazing sequel! 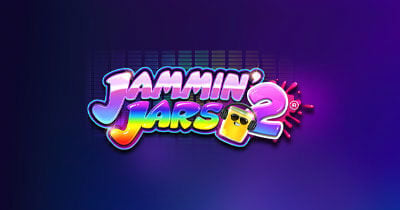 Buckle up and venture into the exciting new sequel of Jammin’ Jars from Push Gaming, where there is twice as much fun, as well as rewards, to be had!

How I Tested Jammin’ Jars 2

In this review we’ll attempt to provide you with a detailed look at our experience with playing the Jammin’ Jars 2, including things like top features the game offers, RTP, volatility, symbols and payouts, maximum wins, and the overall look and feel of the game.

We’ve looked into a few of the online casinos that offer some of the best bonuses to play Jammin’ Jars 2 with, as well as the chance to play the game itself, and have included them in the list below:

Try a free demo of Jammin’ Jars 2 at PlayOjo Casino

PlayOjo Casino gives you the opportunity to try Jammin’ Jars 2 completely free before you decide on whether you would like to play the game for real. You will also be able to find Jammin’ Jars at the online casino.

Jammin’ Jars is packed with heaps of deliciously fruity and colourful symbols, all with a range of different rewards.

The lower paying symbols are made up of five brightly coloured fruit symbols, all with different payouts.

The most rewarding symbol out of all of the symbols in the game is the pomegranate, while the Wild Jar symbol adds multipliers to your wins, starting at 1x.

To give you an idea about how the payouts work in Jammin’ Jars 2, we’ve included a screenshot of the slots’ paytable:

Players can make a minimum bet of £0.10 per spin, and a maximum bet of as much as £100 per spin. There’s also an autoplay feature within the game that allows you to set up to 100 spins in autoplay mode.

Jammin’ Jars 2 is a high volatility slot, which in turn means that it may take a bit longer to rack up some impressive wins within the slot. But when you do strike a win, they are pretty massive.

There is currently no information available about the hit frequency in Jammin’ Jars 2.

A lucky player stands a chance of winning a maximum win of 50 000x their bet, which is triple the amount of max win available in Jammin’ Jars.

Where Jammin’ Jars 2 falls short in comparison to the first slot is with the RTP. However, this new and improved sequel makes a brilliant comeback with a higher and more impressive max win than Jammin’ Jars.

Jammin’ Jars 2, being a sequel, offers a brilliant amount of features that not only impress but help you land higher wins.

The Wild Jar symbol can substitute any symbol in the game to create winning combinations. It also forms part of a winning cluster.

The symbol starts with a 1x multiplier and increases by 1 each time it’s part of a winning combination.

Your chances of winning increase the more Wild Jar symbols you land during the game.

You are also able to activate the Instant Prize Symbol within the Jammin’ Jars 2 Fruit Blast feature.

The Fruit Blast feature can be randomly activated after the grid collapses.

An equaliser will hover over the reels after the activation of the Fruit Blast feature and add 1 or more Giant Fruit Symbols of the same kind to the reels, or an Instant Prize Symbol.

These symbols transform any positions that they cover.

The Free Games feature offers 6 free spins and is activated when you land a minimum of three Wild Jar Symbols.

After rewarding you with free spins, the Wild Jar is locked in place on the reels, whether they form a part of a winning combination or not.

Gold Vinyls appear randomly on the reels, and are collected by the DJ in a meter on the left hand side of the screen.

Once the Gold Vinyl is collected by the DJ, a paying symbol replaces it on the reel.

As you continue filling the meter (Giga Jar), you move up the different levels. There are five DJ levels. The closer you get to the highest level, the higher the RTP.

After activating the Giga Jar, you will be eligible for many wins.

The Giga Jar feature is actually an Instant Prize Symbol block. During this feature, all the symbols are removed from the reels, allowing the Giga Jar to land on the reels as 2×2, 3×3, or 4×4 blocks.

Between 3 and 4 Wild symbols are replaced whenever the Giga Jar lands on the reels.

It’s possible to be rewarded with free spins during this feature as well.

You can adjust the slot’s RTP by collecting more Gold Vinyl Records when playing, as well as strike an impressive 50000x maximum win.

In Jammin’ Jars 2, the sight of the juicy 3D fruit pulls you in, but it’s all the amazing features that keep you stuck on the game.

In addition, the music in this juicy slot is relaxed and captivating, and the atmospheric soundtrack resonates well with the theme of the game.

Solutions if you have issues with a game

Jammin’ Jars 2 impresses with both its graphics and sound, as well as features that turn your gameplay up several notches and guide you towards fantastic wins.

The RTP percentage of the game would be a mega disappointment if it weren’t for the Gold Vinyl feature within the game. And another good save is the 50 000x maximum win potential, which gives Jammin’ Jars 2 a much higher value, in our opinion.

This “fruitastic” new videoslot is definitely one to write home about, so enjoy spinning its wheels and collecting as many Gold Vinyl Records as possible!

Other Slots to Play if You Like Jammin’ Jars 2

If you enjoy all the excitement that Jammin’ Jars 2 has to bring you, then you should try playing the following slots: