Vikings is an online slot from NetEnt. Read our full review below to learn about this game's expanding wilds, free spins, and more. 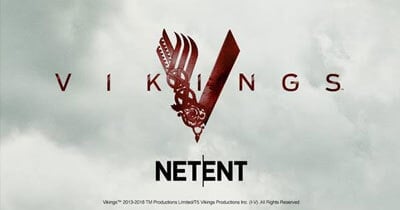 NetEnt’s new branded release has now been released: Vikings slot is a game based on the popular Vikings TV series, released on the 22nd of November 2018! When it was announced at the beginning of this year, this game aroused a lot of anticipation, and we’re now delighted to share some information we’ve obtained about it ahead of its release. With up 78,125 ways to win, two base game features and a rewarding free spins round, Vikings slot certainly sounds promising, and the great thing is, you will find it at dozens of online casinos that cater to UK players!

Vikings slot has a 5 to 7 reel setup, and comes with between 243 and 78,125 ways to win. Symbols on the reels include 10, J, Q, K and Ace card symbols, as well as the TV series’ most popular Vikings characters which function as the slot’s higher-paying symbols: Floki, Bjorn, Lagertha and Ragnar Lothbrok. There’s also a ‘V’ symbol, which is the most lucrative of them all and gives you 7 times your stake for a 7-symbol combination. 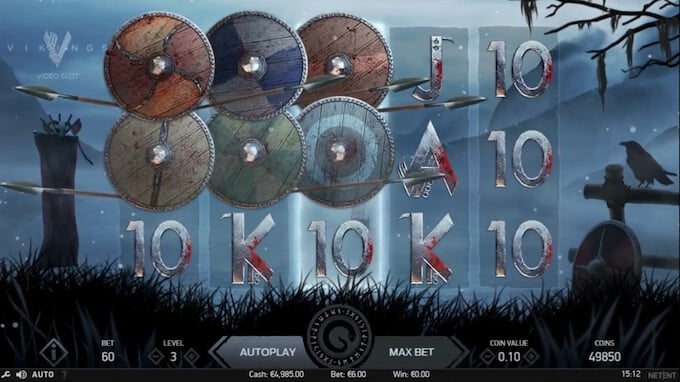 In terms of special features, while playing Vikings slot you’ll come across a Hotspot feature, when a fully-stacked Viking character will land in a Hotspot on the third reel to transform other Viking symbols into that same symbol. What’s more, you’ll get bigger wins for forming combinations in this way, since this feature will pay out in the same way as a scatter would: you will therefore get a payout for just 3 symbols, with a top reward of 243 times your stake for 27 symbols!

The game also comes with a Shield Wall feature, which can be triggered at random both during the base game and the Raid Spins feature. This Shield Wall appears as clusters of 3×2 or 5×2 shield symbols anywhere on the reels, which will transform into a randomly chosen symbol to give you a massive payout!

If it’s free spins you were hoping for, here they are: Vikings slot comes with a Raid Spins feature, which is triggered when you land on 3 Raid Spins symbols anywhere on the reels. These free spins will play out on 7-reel slot with 5 rows and 78,125 ways to win. Players will get 7 free spins with 3 hotspots on reels 3, 4 and 5, during which if a fully-stacked Viking lands on one or more of the hotspots, all other Viking symbols on the reels will transform into the same Viking symbol. This will lead to more and more of the same high-paying symbols to appear on the reels, which could end up giving you the Viking slot’s maximum win of 10,000 times your stake! 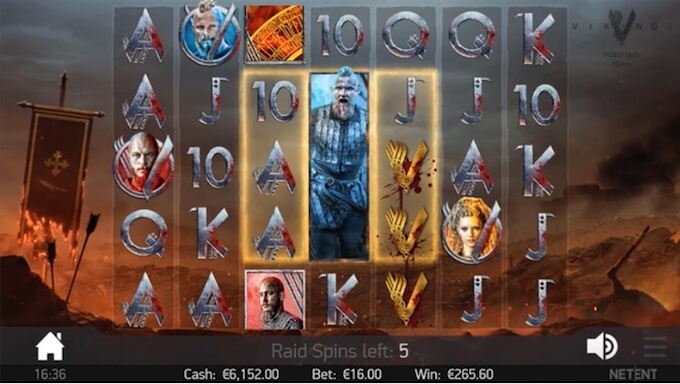 If you’re looking forward to trying out Vikings slot with a bonus, then we have great news for you! Since there are dozens of online casinos that offer slots by NetEnt, you’ll surely be able to claim a bonus to use on Vikings slot. The best way to go about this is by joining a new casino that offers a deposit match bonus, so that you’ll get a percentage of your deposit amount in bonus funds to use on any slot in the casino’s game collection. We also suggest you look out for special promotions on Vikings slot; it’s bound to be a popular release this autumn, and a lot of casinos will probably run tournaments or offer free spins on this game! One of these casinos is the friendly Guts casino, which is currently giving depositing players some extra spins on Vikings slot when they deposit and wager specific amounts on slots.

Where to play Vikings slot

You can play Vikings slot by staking from 20p up to £100 on each spin. Volatility is in the medium to high range, whilst the RTP is 96.05%. The maximum you can get from Vikings slot is 10,000 times your stake if you manage to land enough Viking symbols during the free spins.

Just as expected, Vikings slot comes with high-quality graphics and an immersive soundtrack. Fans of the series will recognize the familiar actors as they land on the reels, whereas everything to do with the setting is cold and rather haunting; you’ll be playing against a background of bare tree branches, ravens, snow and mist. The soundtrack is equally dark, and there are a few cut scenes at the beginning and before the free spins round, which will remind you of the series and prepare you for the battles ahead. It’s hard to find any fault with the graphics and the accompanying sound effects, and we’re sure that a lot of players will enjoy this game, at least when it comes to its entertainment factor. 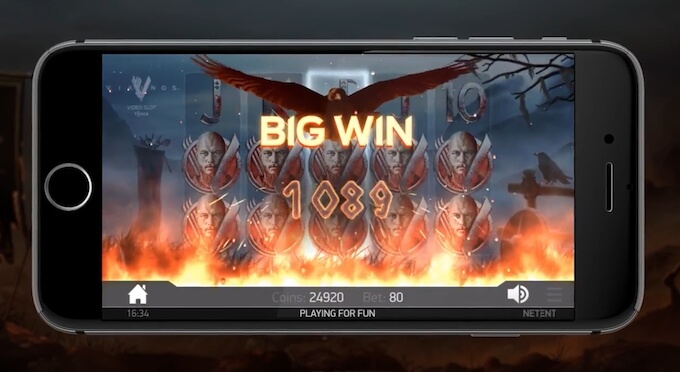 We expect NetEnt’s Vikings slot to impress, and we’re glad that it is strikingly different to other Vikings slots out there. The theme has become incredibly popular in the online slot industry lately, but we believe that NetEnt’s title has the potential of standing out. The fact that volatility is medium to high and that there are a couple of features to enhance the base game will likely attract a wide audience, and the potential of winning 10,000x the stake makes it one of the best paying slots to be released this autumn. Give it a try at one of our recommended online casinos and make sure you keep an eye out for any special offers once it’s released!