The Incredible Hulk is an online slot from Playtech. Read our review below to learn more. 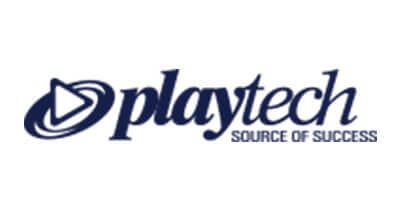 Marvel Progressive Jackpot slot series from Playtech is not available anymore. Instead, you can play the new series of progressive slot games called Age of the Gods from the same game provider. We highly recommend trying Age of the Gods: Prince of Olympus and Age of the Gods: Goddess of Wisdom slots from this jackpot series.

The Incredible Hulk slot was one of the first Playtech’s attempts at the whole Marvel franchise slot series. And it was a great start; we have to admit! The game has a lot of cool features like Smash bonus and is loosely based on the 2008 film starring Liv Tyler and Edward Norton. Today we’ll check the game’s design, layout, features and of course 4 progressive Marvel jackpots and see which online casinos can offer you this game right now and award a decent casino bonus as well.

The game setup was originally 5 reels and 25 paylines, which later was increased to 50 paylines. The symbols on the reels include police cars and helicopters, warning signs and the famous green potion, lower-paying card symbols and of course the Incredible Hulk himself, which acts as a wild.

The Hulk’s wild symbol, when it appears in the middle of the third reel, activates the Expanding Hulk feature, which can occur in both base game and Free Spins round. The Hulk tears the reels apart and becomes expanded to the whole third reel. When this happens the Hulk will freeze in the middle and you get awarded 2 re-spins, which can lead to some serious cash winnings. It is also possible for the Hulk to get expanded on all three middle reels while giving you one re-spin. If during that re-spin you get matching symbols on the first and fifth reels, get ready for a massive win!

One of the coolest features of the game is the impressive Smash Bonus – to trigger it you need to get the Smash Bonus symbol on the first and fifth reels.

When the bonus is activated, the game will take you to a separate video screen where The Hulk starts playing a sort of a “pick and choose” game to give you prizes and multipliers. First, you need to smash 3 out of the 7 police cars to receive cash prizes. After that it’s time to crush some helicopters, well, one helicopter out of the three of your choice to reveal your multiplier which can go up to x5. For the lucky players, there is an opportunity to trigger the Hulk Rage sub-feature. He goes completely bonkers and smashes all 7 cars, which gives you some mega-winning amounts.

Three Incredible Hulk logos, when they appear at the same time in any positions on the reels will activate the free spins. Initially, you receive 10 free spins and a x3 multiplier as well. The feature is quite lucrative since during the free spins round you can benefit from both Expanding Hulk feature and also being able to retrigger the free spins and get up to 20 more of them.

You can play the Incredible Hulk slot at the selection of the best casinos that offer Playtech Marvel series. You can not only enjoy the best comic based slot games here but also receive a massive casino bonus up to £1,500 and free spins on top of that. Click on the links below to enjoy the exclusive special offers.

You can play The Incredible Hulk starting from a minimum bet of 50p and up to a maximum bet of £250 per spins, which is a huge betting range that suits many kinds of players. The game has a low volatility with return to player percentage being set at 96.16%.

The slot is quite dramatic and suitably full of rage and action. While as we mentioned earlier, the game is based on the movie, you don’t see the actors, only the Hulk in his “worst” scary state. What’s great here is that the creators have done a very decent job in the special visual effects department. The Smash Bonus is especially impressive with Hulk crashing cars and helicopters. Bright poisonous green colours and the wild force taking over the reels when Expanding Hulk appears on the screen add to the overall excitement of this slot.

The Incredible Hulk slot – our conclusion

When it comes to Marvel Playtech slots, it’s in a way just a matter of preference, which superheroes and villains you like the most. But the special bonus features in this particular game are quite good especially the Smash Bonus, Expanding Hulk and free spins, which can be retriggered. Up your stakes and let’s hope you hit that Ultimate Power Jackpot. Good luck and don’t forget to use the links to get a juicy casino bonus!