The Faces Of Freya 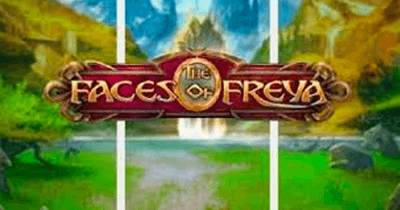 Play The Faces Of Freya here

The Faces Of Freya review

Play’n GO aims to release several new titles in 2022, and this slot-launch, although released the previous year, still wows us.

It’s said to be a five-reel twenty-line slot with three free spin features as well as an RTP of 96.2%. The game’s central theme is Norse mythology with the essential character being Freya, goddess of love, fertility, beauty, and other feminine attributes.

It’s expected to have a multiplier, and slot volatility hasn’t yet been established. Although it has five bonuses, there’s no progressive jackpot.

Play The Faces of Freya online from the UK!

Once it is released The Faces of Freya slot will be available at some of the best UK online casinos. So check them out below and don’t forget that many offer a welcome bonus to new registrants!

Faces of Freya Symbols and Payouts

Like most modern slots, Faces of Freya features a five by four design with twenty paylines.

This video slot includes several classic card symbols for smaller payouts and Norse-themed icons for higher rewards. Faces of Freya has a wild icon as well as scatters to trigger the bonus modes.

This will only be available after the game’s official launch.

Slot volatility has not yet been established, but if it’s anything like Play’n GO’s other products, we can expect it to be a medium to high volatility slot. The slot RTP is 96.2% and to land the maximum win, and you’ll need to trigger the special bonus round, called FOLKVANG.

Faces of Freya doesn’t feature a progressive jackpot, but it’s the ideal slot for gamblers on a budget. You can activate wins in multiple ways such as free spins, or its FOLKVANG feature. FOLKVANG combines all three bonuses to offer you a chance at reaping fantastic rewards.

Many aspects remain a mystery during this pre-launch stage. This software provider has only given us clues regarding what to expect. This adds to our anticipation of the slot.

In base play, you can win in over twenty ways. You can also augment your chances of winning by hunting for free spins and bonuses. Unlike other games, It has three base game features.

Wild symbols are substitutes that help you achieve a win on a pay line. On most games, these can substitute for any icon except the scatter or bonus triggers. Faces of Freya is expected to have a wild symbol, but what it will be as well as the rules surrounding it are yet unknown.

We’re still not sure what type of wild the game has, it might be stacked, sticky or even expanding. Even if it only features a basic wild, this game’s payout will still be with it.

The only insight that Play’n GO has given regarding free spins is that there are three different ones. Each is triggered uniquely.

You can expect up to five bonus features when you play this game. How to access each as well as further details regarding bonuses will only be released once the game’s officially launched.

Although we’re not sure what sound-effects or background melodies will accompany this game, we can be sure that it will fit the Norse theme. Game graphics are expected to have the high quality we’ve come to expect from Play’n GO, with vibrant colours and well-designed symbols that keep players coming back for more.

Other Slots To Play if You Like Faces of Freya Slot

Mythology-themed games are intriguing. Other games that display Norse culture and symbols include Ring of Odin. It’s also a five-reel slot centred around a fabled ring called Draupnir. According to legend this ring could multiply itself into nine and belonged to Odin.

Another option is Viking Runecraft, a seven-reel slot with cluster pays and a 96% RTP. Play’n GO launched this game four years before Faces of Freya, but it may attract a similar audience due to the common theme and game features.

There’s still much mystery surrounding what we can expect from Faces of Freya, and many slots- enthusiasts are eager to find out if the game’s worth all the hype. Play’n GO has given us just enough information to keep us interested and look forward to its release on the 25th February 2021.